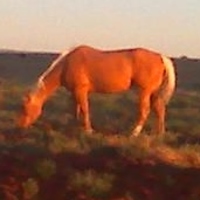 Red Site Tour link, top right, next to your profile link to start. Speaking tips: https://goo.gl/fyD5z8 To benefit most from the site, read: http://goo.gl/TPtd1B http://goo.gl/o4nZtP http://goo.gl/BELJe7
Member for over 5 years
TimeZone: (GMT+02:00) Cairo

The almost monochromatic color scheme of this photo is only broken by the natural, light colors found in this picture. No other colors dominate the scene. The blue of the sky was unbroken by any clouds and the blue fishing boats complimented the color seen in the water, though I was told that the water is clear and not blue when looking at it from close above; it only looks blue when seen from afar and is only an optical illusion.

Someone pointed out the nets for catching fish on what are possibly commercial vessels, indicating that the area may be a center for the import and exportation of goods.

The basic design of the central dome on the Mosque recurs in miniature domes that encircle it. The beige color of the Mosque is indicative of the natural hues behind it. The tall minarets have speakers at the top so the call sounding from them can be clearly heard in the surrounding areas.

Today's TOEFL topic asked whether it is better to work for a large or a small company. Many ideas were presented with bigger businesses seeming to be the favored employment among the attendees. Some of the reasons cited were more promotional opportunities, better policies, programs and incentives for the employees, better benefits, availability of company cars, and the possibility of on-the-job training. There are also opportunities for travel and gaining new experiences and being able to use and develop another language that you may be learning. 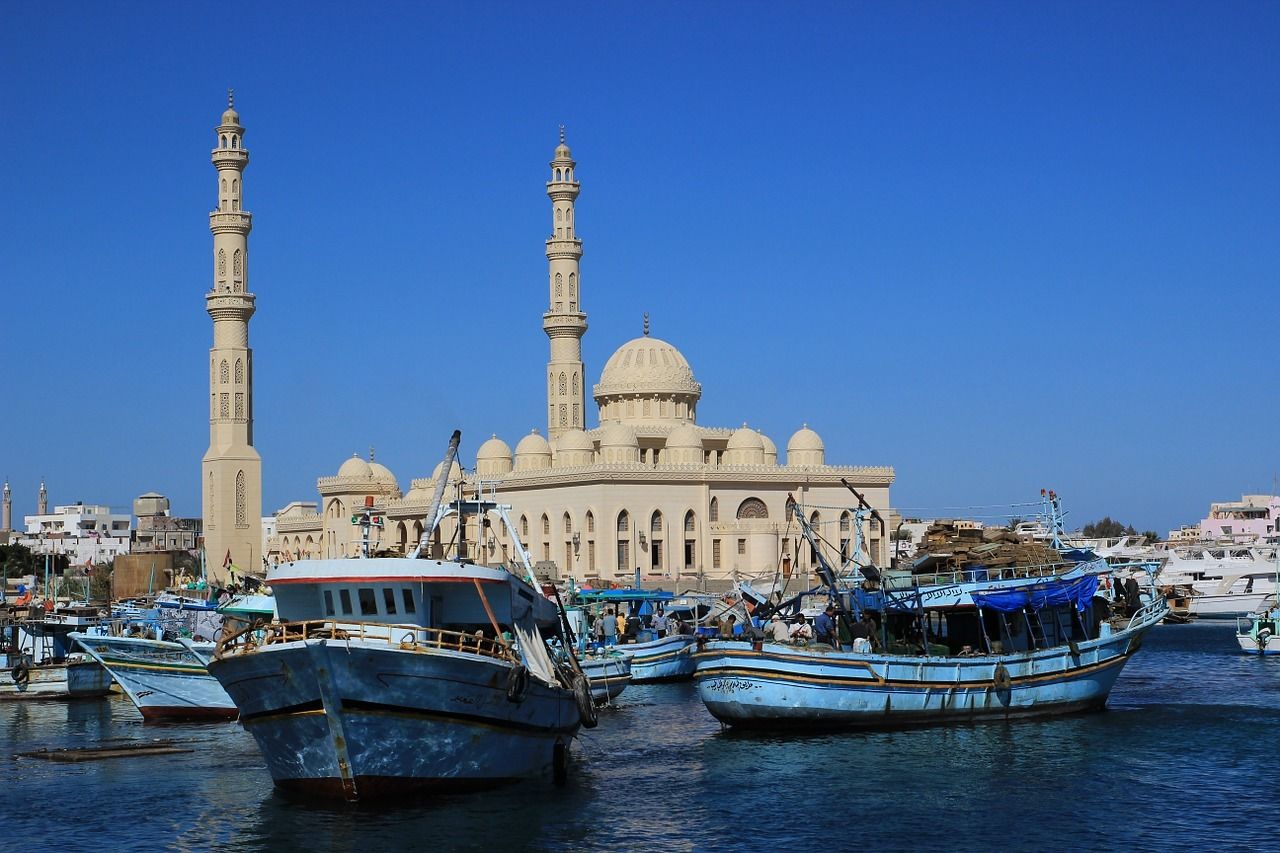 Sorry everyone but I have to cancel the next session as well. Please keep an eye on the calendar for changes. Talk to you all again soon! Thanks for your patience.

On Thursday, we looked at a town square filled with tourists and others socializing among the two fountains that flowed into the pools below.

A monument was a predominant feature in this scene since its height towered above the visible skyline of nearby buildings, even though what looked like the famous, "Big Ben" clock tower could be seen in the distance. The monolithic structure in the center of the picture was topped by a statue and there were other statues on lower pedestals in various places in the square.

On top of the old, cylindrical building, flags were waving in the breeze as well as atop other buildings in this photo.

Due to the deciduous trees being bereft of leaves, it was apparent that this was late autumn or winter, supported by the fact that many traversing the area were wearing cold weather clothing.

Double decked, red busses stood out in the farther end of the square.

(This was written in the past tense, since we reviewed this photograph two days ago.)

The topic that was discussed in this session related to the qualities of a good employer. Communication was mentioned repeatedly and cooperation, teamwork and the ability to recognize another's ideas and achievements in the workplace were also stated as being at the top of the list.

Leadership skills are a significant benefit to an employer as the ability to inspire and motivate others to transcend their previous accomplishments as well as giving confidence to the timid or insecure people working under him is necessary for efficient accomplishment of the tasks assigned.

It was noted that a person could not only be demoted from a position but could be fired from it for incompetency. All would agree that being laid off from a job due to downsizing or other reasons beyond an employee's control is better than being fired from the job. Can anyone explain why this is? Leave your opinions in the comment section below. 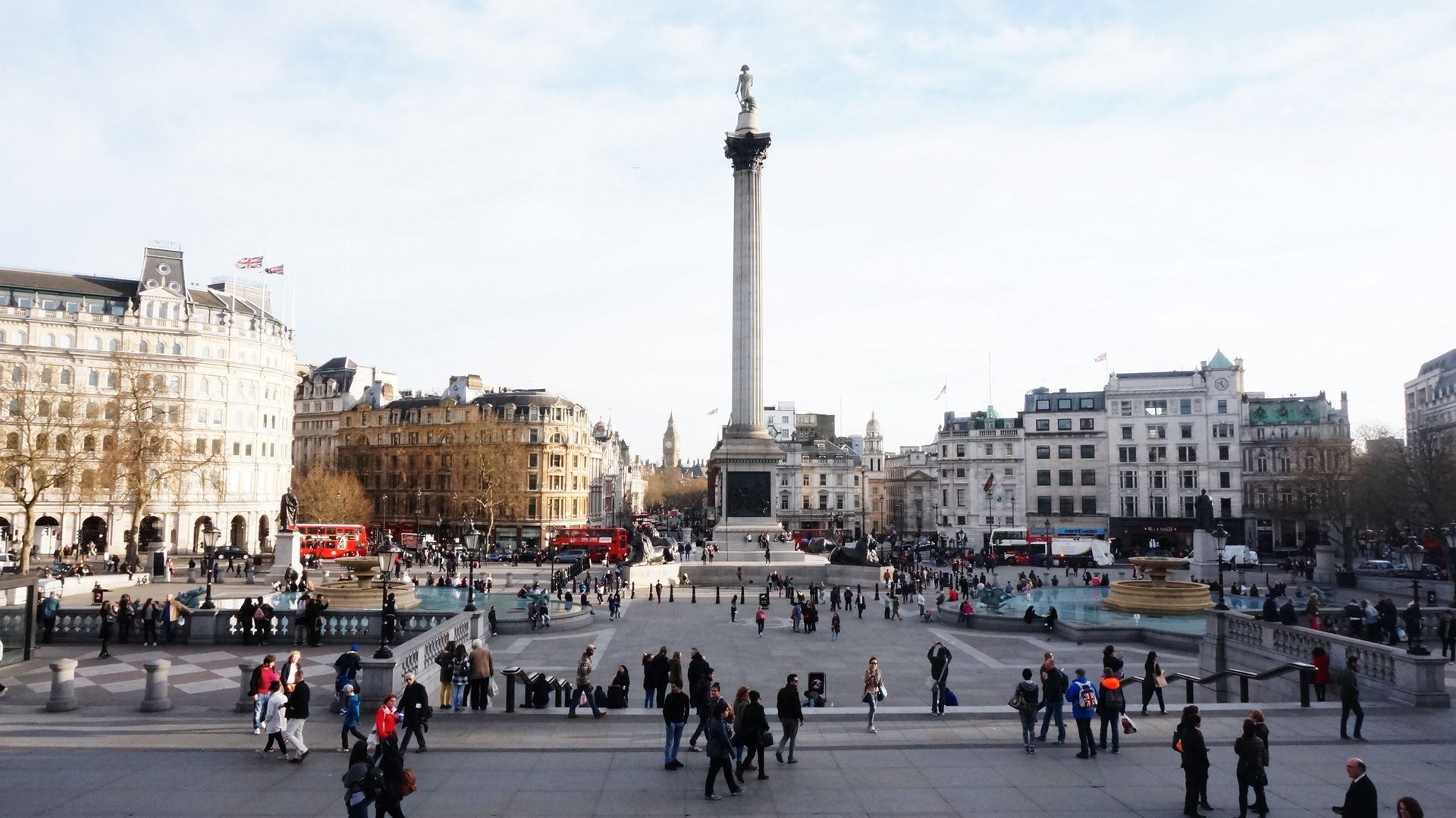 This peacful picture gave us a chance to speak of the difference between deciduous and evergreen trees, as well as to discuss these words: pasture; meadow; spring; fall; fortress; driveway; midday; barren and insufficient. Can you use all of these words to make sentences?

I appreciate the sentiments on the previous session's photo, but I did enjoy the different viewpoints and words that it allowed us to share. Hopefully, this photo will brighten the mood! Here are some words and terms from today: adorned; documentary; family reunion; water conservation; lip service; empathy. 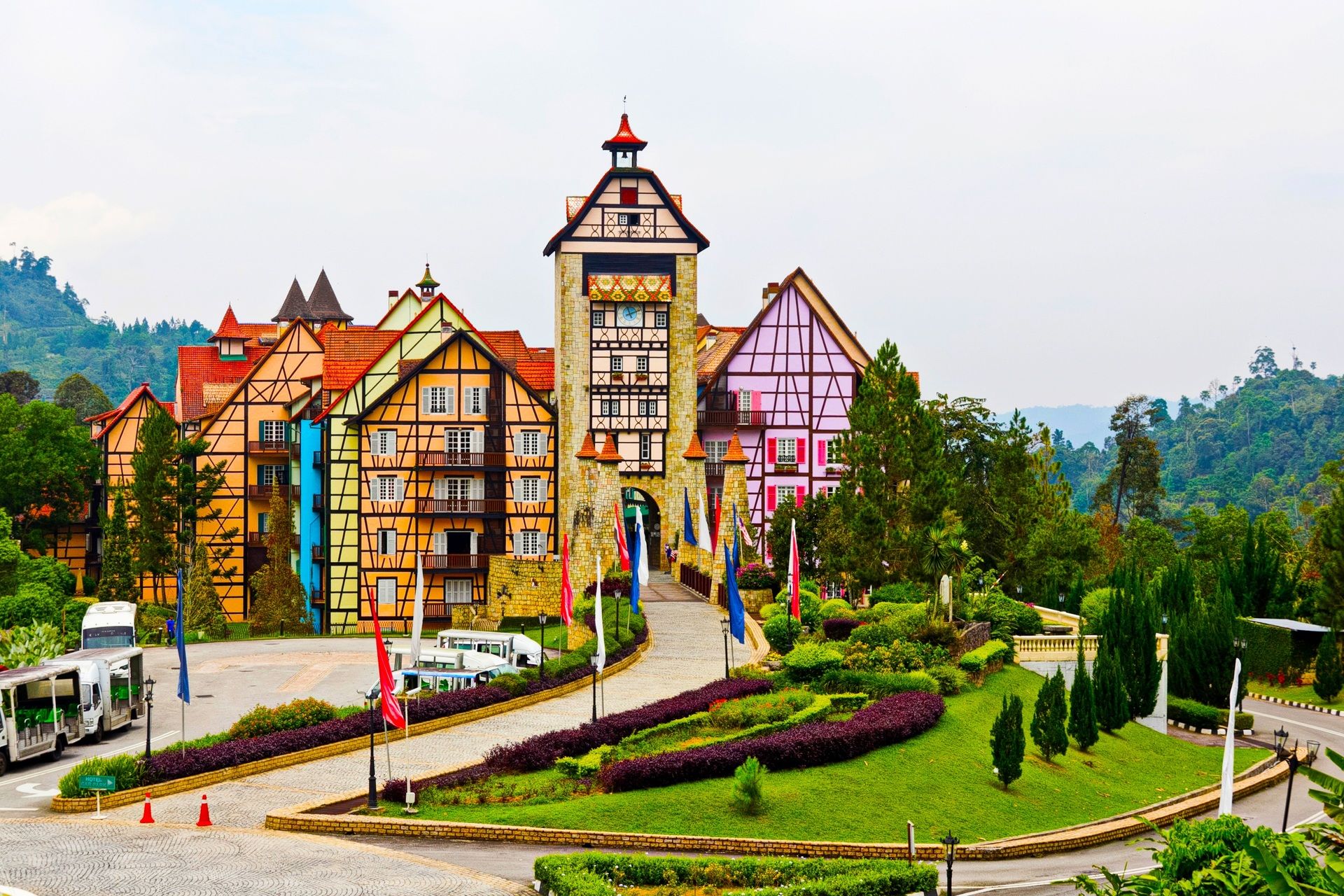 Here is the rest of the video. I apologize for the inconvenience of having to open a second session since I fell out and was blocked from the first video. Here are some words that we discussed in the session. Thank you to all of you who donate new vocabulary words to each session!

S.U.V.; background; gloomy; apprehension; signal; difference between a skyscraper and a high-rise; whether vs. weather; haphazard; homesick; antiquated; quantum. Don't forget to review the video for the discussion and pronunciation of these words. 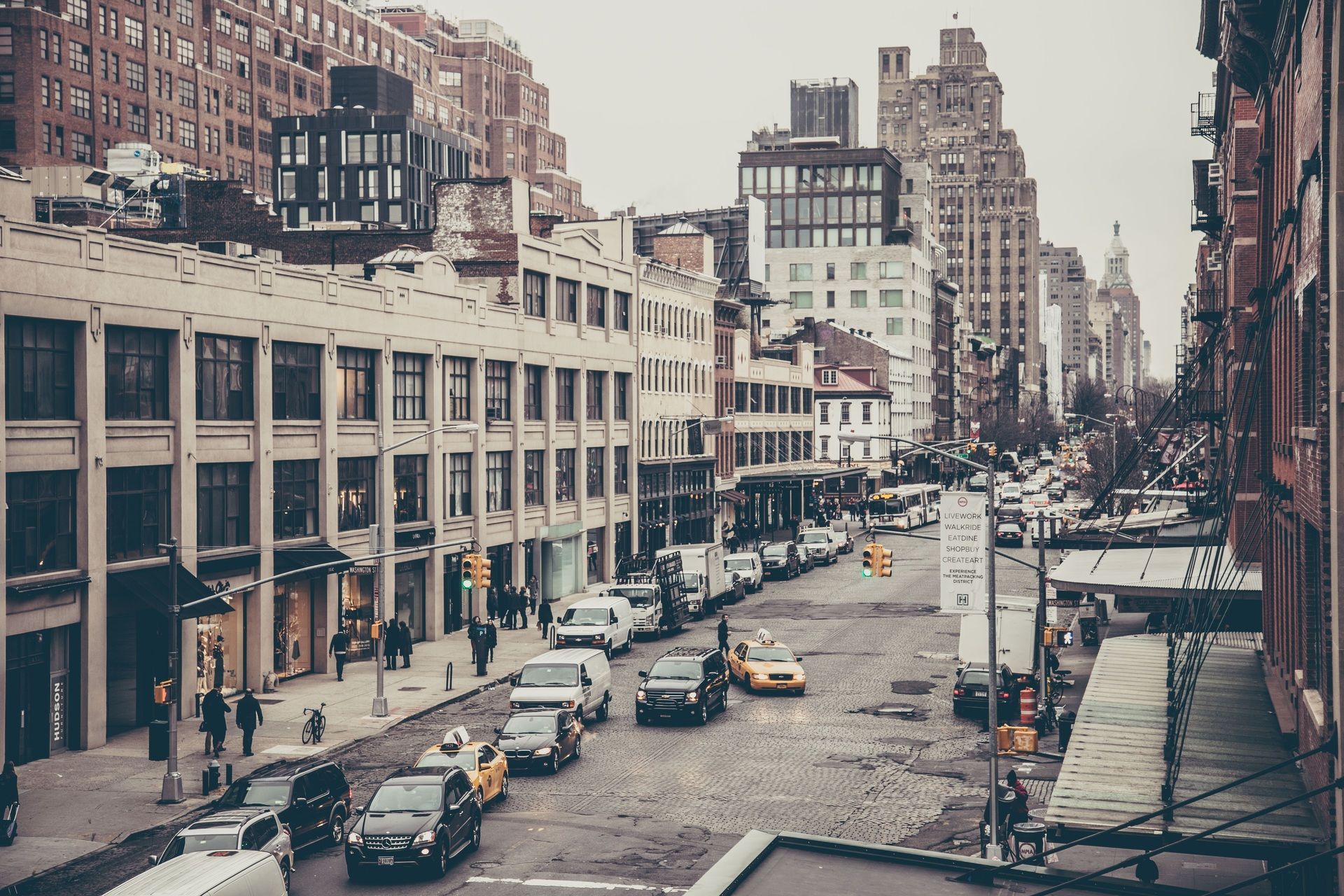 When using the personal pronoun, I, always use an upper case letter , even when it is used in a contraction such as, I've, or, I'm.

This is not the case for pronouns such as you, he, she or it.

When writing numbers, always spell out the numbers one through nine. For number 10 and above, use the numerical form. The exception to this rule is that when a number is the first word of the sentence you need to spell out the entire number. Do not start a sentence with digits.

Thank you to Yeahia for accepting the personal challenge to vary his presentation to include a variety of words to explain how this picture makes him feel. One of the words that Yeahia used was a word that had come into my mind when I first saw this, which was "gloomy". Yeahia did a wonderful job taking on that task! I am sorry that more of you did not see the link in time to participate more fully! We don't usually use a photo like this but I wanted to give everyone a chance to change their description from the nice weather and the usual landscape that we typically talk about; though I was helped to appreciate that for some, there are some very fond feelings for places like this. Yes, "beauty is in the eye of the beholder"! Thank you for enlightening me on this.

Unfortunately, I was eventually kicked out of this session by my own internet issues and could not get back in as it was closed it to me. Thank you to those who rejoined me in the new session which I will post soon. This first part of the session includes Yeahia's commentary on the photograph.

This is my challenge for anyone willing to accept it. What words can you add at our next session that will describe the feelings or emotions that this picture inspires in you? Here is a link to start a word search for this: http://www.enchantedlearning.com/wordlist/emotions.shtml this is just the first link that came up when I searched. What else can you say about this picture, the colors used in this picture or anything else?